This military android was created to look as though it had been highly designed for its use as a piece of military hardware. The android supposed to look like it was created out of synthetic muscle and that it could be very agile, run quickly and jump great distances. The arms are only guns and it has a neck guard a bit like on an EOD suit.
This character was created for use in real-time applications, here the character is being displayed using the Xoliul 2.0 viewport shader. 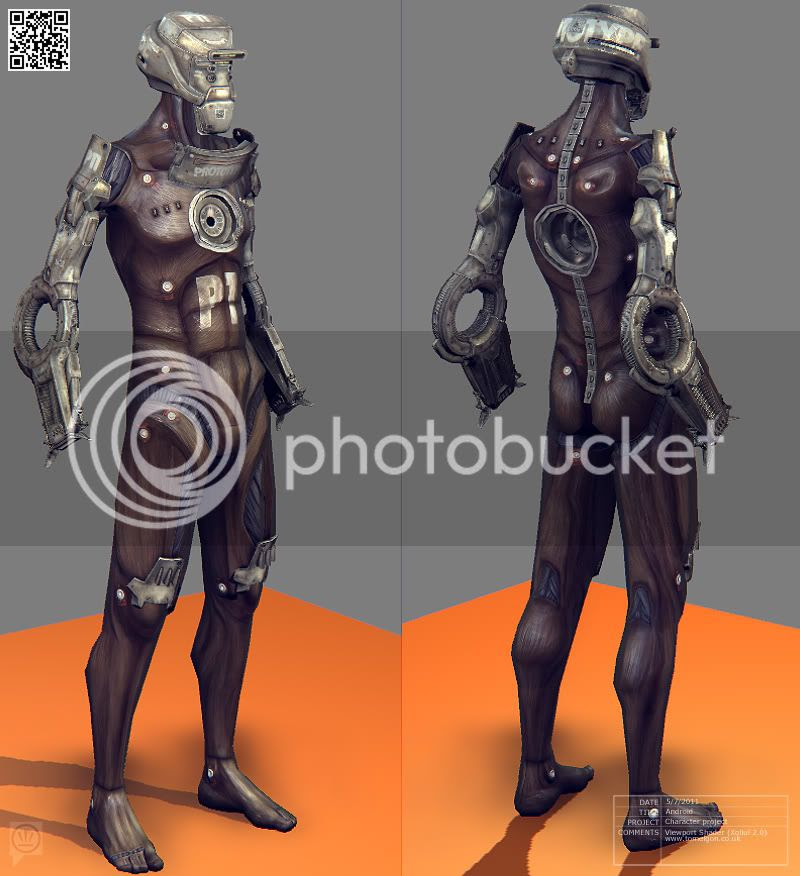 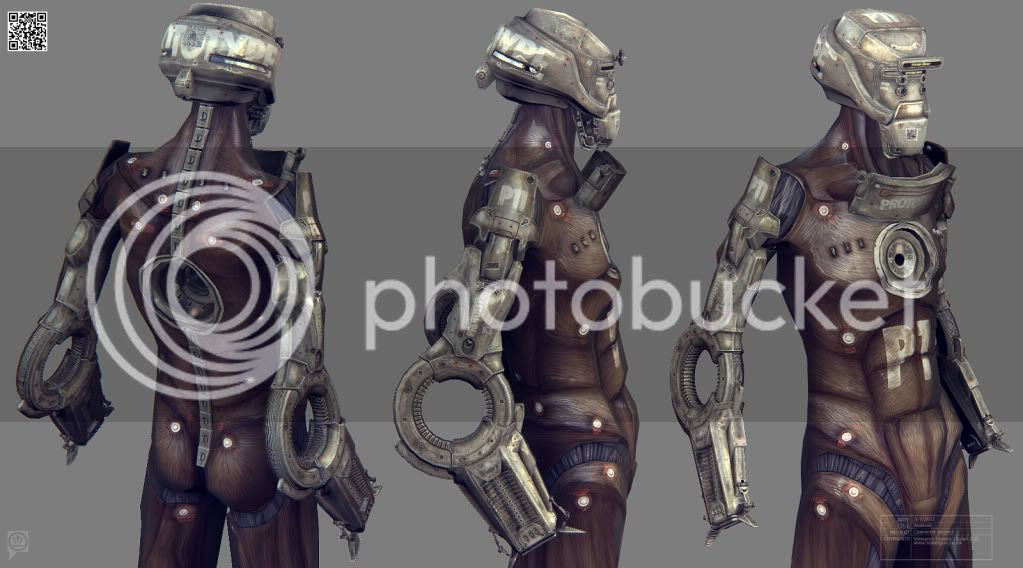 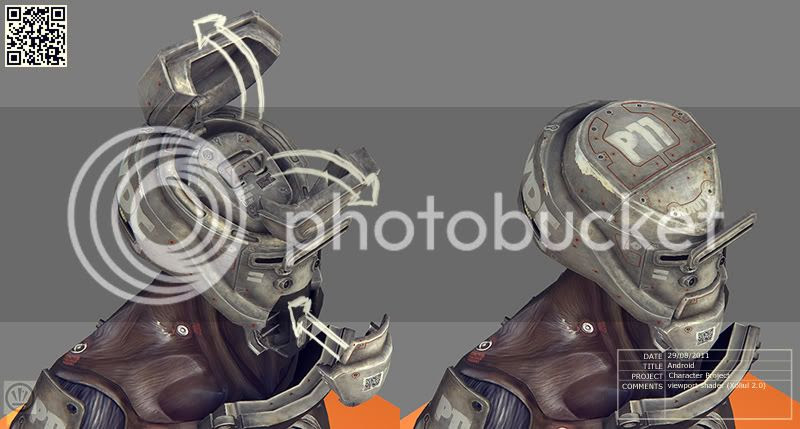 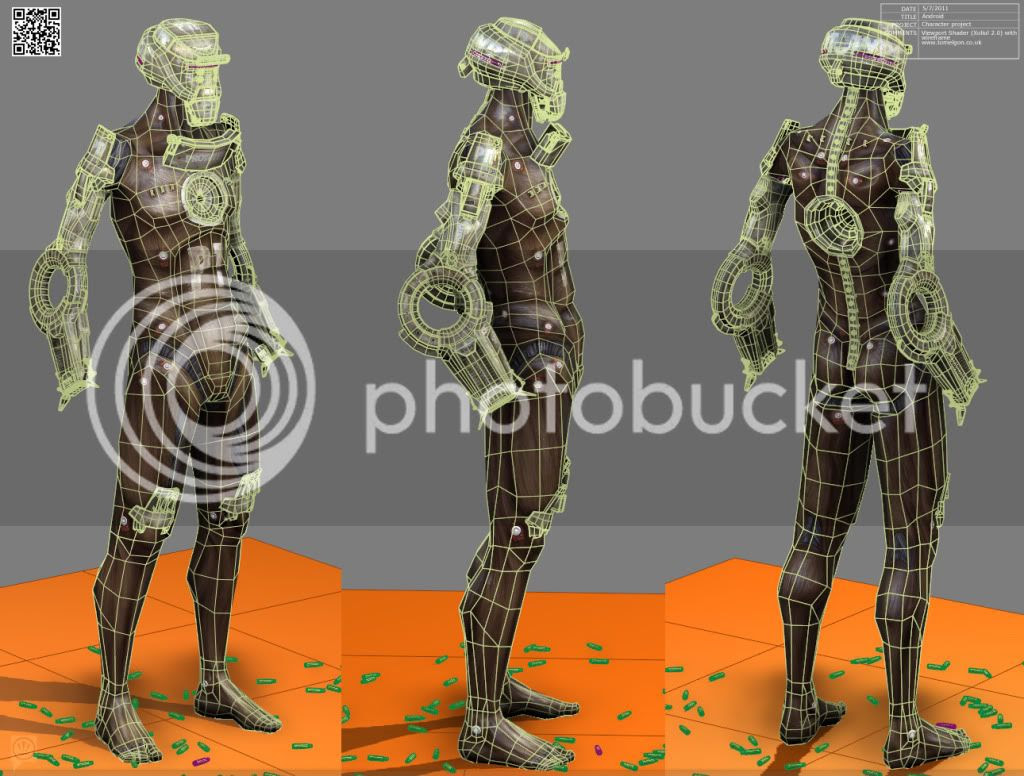 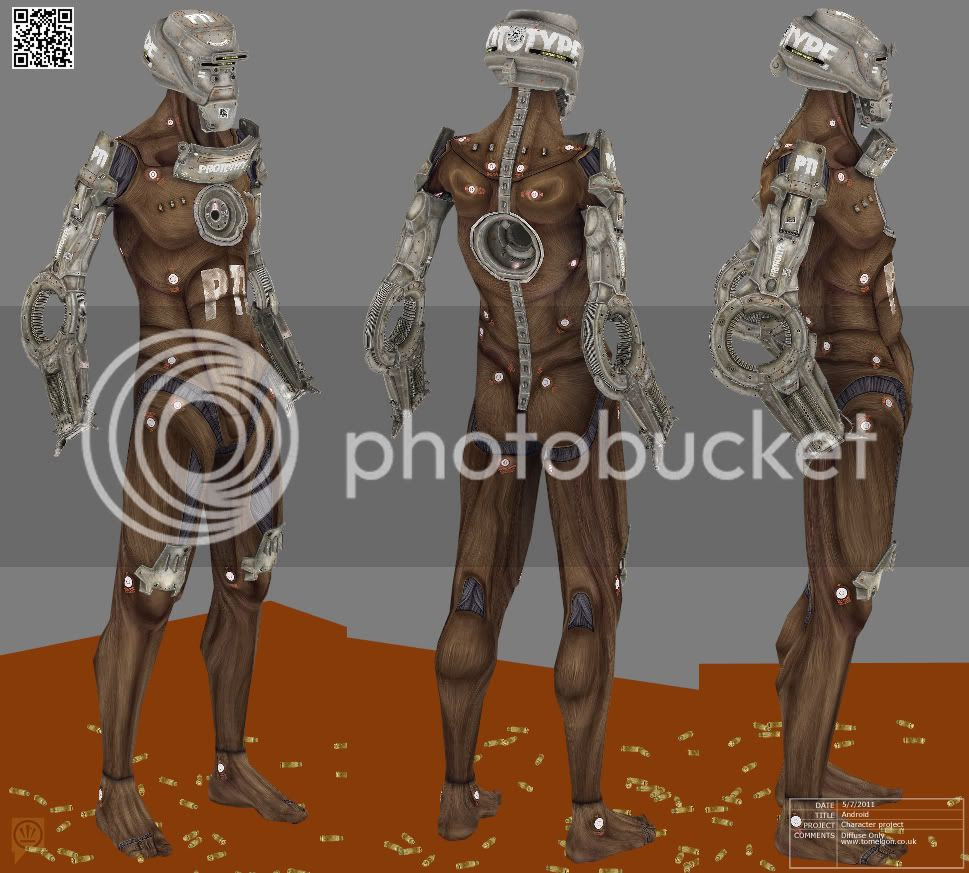 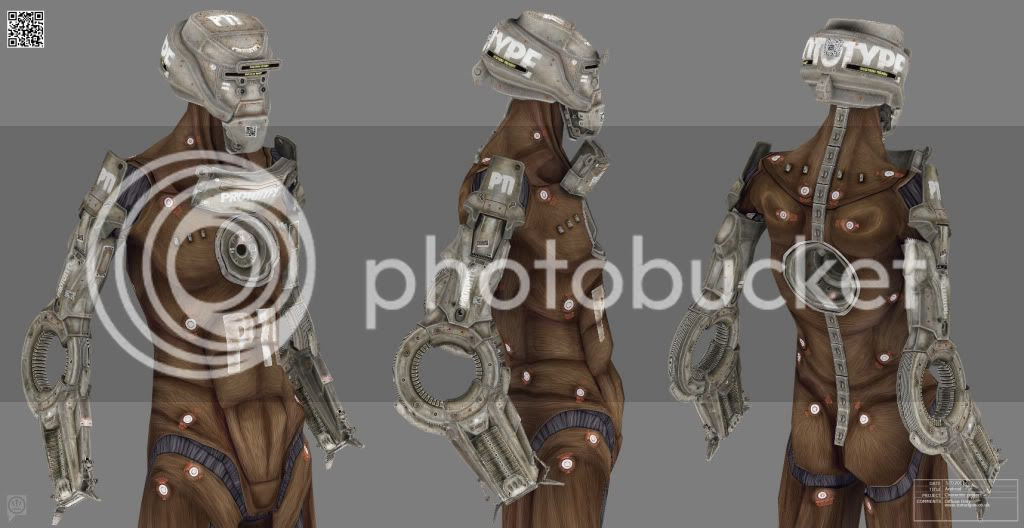 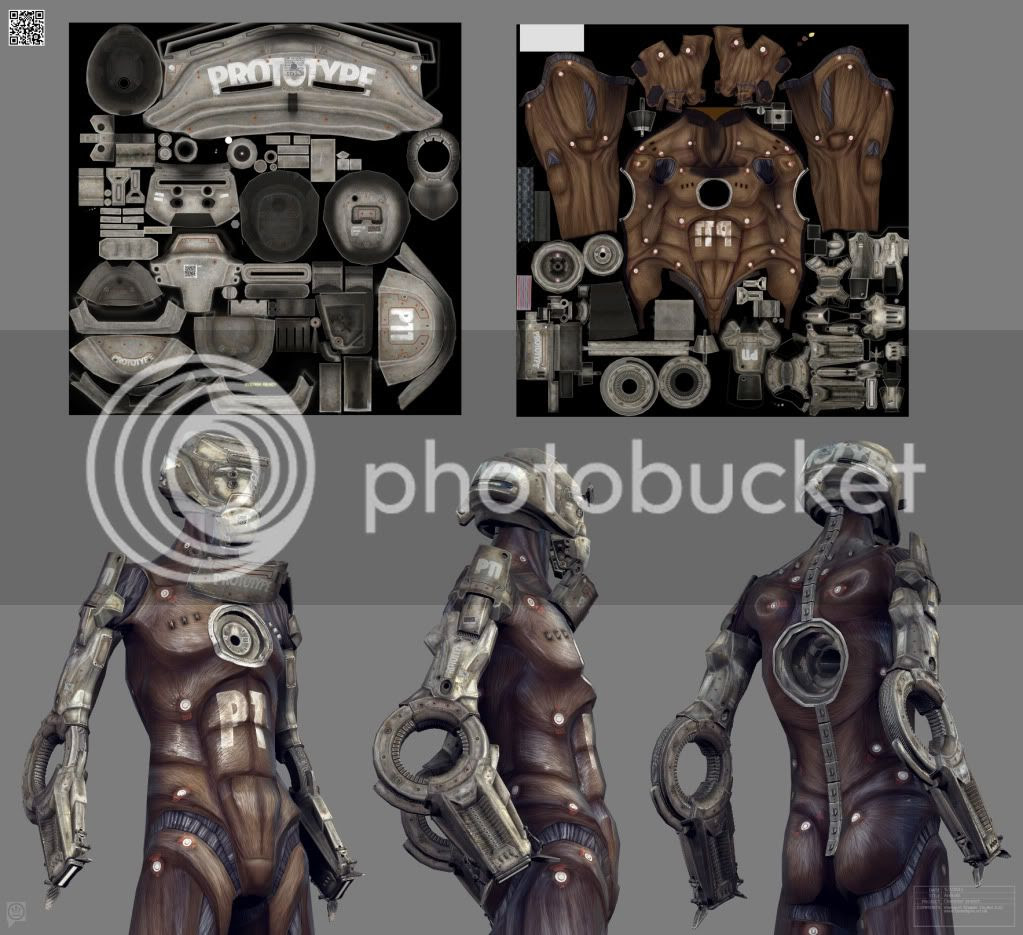 There were lots of different influences for this model. I looked all around to try and include as many influences as I could to make the android look of the moment. I looked at Dead Space 2, Deus Ex: Human Revolution, Star Wars, Ironman and others. The android was supposed to have T-wave emitters that doubled as system display screens that could allow it to see outside of the visible spectrum. The android was supposed to have a fussion reactor in its chest and running lights all over at the muscle anchor points, that could double as power regulation nodes or something like that for the reactor. Perhaps they regulation nodes could act as weak points to be attacked in a boss battle maybe like pressure points in chinese medicine, where in old kung fu films people jab with and open hand in the shoulder and then the victim can't sure their arm. The running lights/regulation nodes might leave an 'Akira-Style' streak in the air as the robot moved quickly or sprinted. The robot was made to be distructable with the head having two armoured doors on the top of the head with a brain unit inside, that were all separate elements.
Posted by Tom Elgon at 07:29